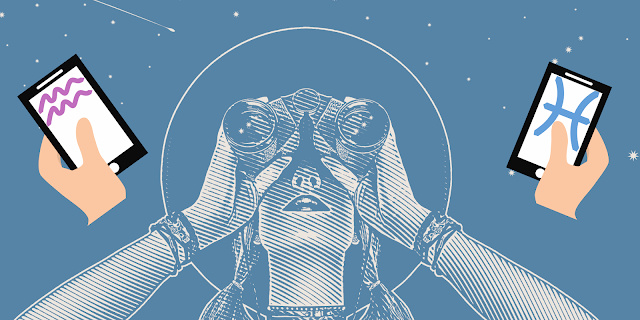 3.  Placement of 2,4,5th house lords in between two malefic planets.

4.  If the second house is placed with malefic planets like the placement of Saturn or Ragu or both together.

5.  If Mercury is placed either in Aries or in Scorpio.

6.  If Mercury is debilitated.

7.  If Mercury is aspected by Mars, i.e., if mercury is placed with the sight of mars.

8.  If Jupiter is debilitated.

10. If the first house/ascendant or Rasi (Moon) is not aspected by any planets.

Then we can assume that the native struggles for education and even break would also occur during the dasa or bukthi of those inimical planets.

Astrology and Education – Important yogas for Education in Astrology

There are many yogas (placement, conjunction or aspect of planets) are there in astrology to predict about education in a chart. Some important yogas are given as under:-

Kalanithi Yoga: Venus should be either in his own house or in the exhalted house, Jupiter and Mercury in conjunction in 2nd house or in 5th house from ascendant make Kalanithi Yoga. If this yoga presents in a chart, the native will be highly disciplined, moral based, knowledgeable, very good at writing, in giving a good speech, research, and he/she will be very good at astrology.

Brahma Yoga: The placement of Venus Jupiter, in the kendras to the ascendant, and to the lord of either to the 5th or to the 11th house form Brahma Yoga. In any cart, if brahma yoga presents, then the native is guaranteed with extreme wealth, best education, popularity.

Sarawathi Yoga: The placement of Jupiter, Venus, Mercury in kendras or in Trikonas with respect to the lagna gives the Saraswathi Yoga. By its name itself it is certain that the benefits of the yoga is not necessary to be explained at all. The native will be very good in writing, speech, knowledgeable, and globally recognized for educational achievement.

Balai Yoga: If Jupiter and Venus posited 12th to Sun then Balai Yoga created. Person with this yoga are very fluent in many languages, they are usually known for their multilingual properties. They are very good in literature and translation etc . .

Shanga Yoga: The Shanga Yoga is created by either by the placement the house of the 6th lord to the house of the 5th lord and vice versa or the conjunction of the lords of the 5th and 6th houses. Because of this, the native will certainly get the very high education (like PhD etc). The wealth, familiarity, recognition etc will follow him/her automatically.

Buthaathiya Yoga or Nipunathuva Yoga: Sage Kalyana Varma in Saravali, Vaidyanath in Jatak Parijatham and Prithyuyasas in Horasar give detailed description of Su-Mercury conjuction. This yoga gives more effect if it occurs in their own or exalted houses – Aries, Leo, Gemin I and Virgo. Even if it happens to be dusthana houses 6,8, and 12, if these houses being their own or exalted houses, then the malefic effects are reduced. Apart from this their placement if it is found at 1,2,4,5 houses certainly the native gets higher Astrology Yogas and Their Result, auspicious yoga in astrology, different yogas in astrology, Different Yogas In Horoscope, different yogas in kundli, important yogas astrology, list of yogas in vedic astrology, most important yoga in astrology, powerful raja yogas in vedic astrology,Yogas for Success and Fame in Life, Yogas in a Horoscope and their effectseducation. If such a conjunction found at 7th or 10th houses then the native becomes popular through politics.

Bhathira Yoga: Bhathira Yoga created by placement of mercury in a Kendra to the lagna or moon which should be it own house or exalted house ie. Gemini or virgo should be a Kendra to the ascendant or moon. If a native has this yoga the educational achievements for the native are not countable, he/she will be highly gifted with education. Such will get some authoritative positions in their later part of the life.

Amavasya yoga: For those who born on a new moon day when sun and moon conjoins, this yoga arises. This yoga gets more strength if both of them placed in Aries, Taurus, Cancer or Leo and they should be aspected by Jupiter or Venus like malefic planets. Those natives would be very good in literature studies and their writing skills will be rewarded. They would get popularity in politics also.

Budha Yoga: This is a rare yoga to find out. The Jupiter should be in the Ascendant, the Chandra should be at Kendra to the Jupiter, and to the Chandra at in the second to Chandra mars and third if Saturn posited Budha yoga is creatred. Such a native will be highly learned person, courageous and he/ she is blessed with Raja Yogas.

Guru Chandra Yoga:  if moon and Jupiter posited in trikonas to each other. Guru Chandra makes the native a knowledgeable scholar and the native will be known for talent in education. But they do the job, which is not related to their education. These people are found in export and import business and also in politics. They become popular either at Chandra or in Jupiter dasa. To predict one’s education we have to analyse almost all the planets.

Planeta and Education in Astrology

Sun: The sun is refereed as Athma Karagan If sun is seen powerful in a chart, the native get higher position in Govt., authoritative, etc. because of his education.

Jupiter: If one is blessed with Guru, he may be religious leader and also he is related to research studies, teacher, finance, lawyer.etc

Saturn: He is for labour. Saturn is also related to the ethics, novels writing etc.

Ketu:  without his grace it may not be possible to get wisdom.

Andhiya Vayasu Dhana Yoga(in later age) occurs in the chart if the first and second house are in parivarthana or placed in conjunction at the first house, The native may struggle in the first part of life and then the later part is beneficial to them.

Conclusion:– To predict one’s education the dasa of the 1,2,4,5 and 9th house lords should come at the right age. During the bad dasa bukthi, or in the transit, temporary break in education may happen in some cases. For eg. In sade sathi (Saturn in 12, 1 and 2nd to moon) and in 8th to moon i.e ashtama sani, etc. and during Sani and Ragu dasa in general. Education may gets continued later when the dasa of the 2nd and 4th lord occurs. During the dasa period of the 5th and 9th house lord the the native may get the advantage of even going abroad for studies with scholarship/ stipend. The lords of the5th and 9th houses are determining the educational achievements of the native.